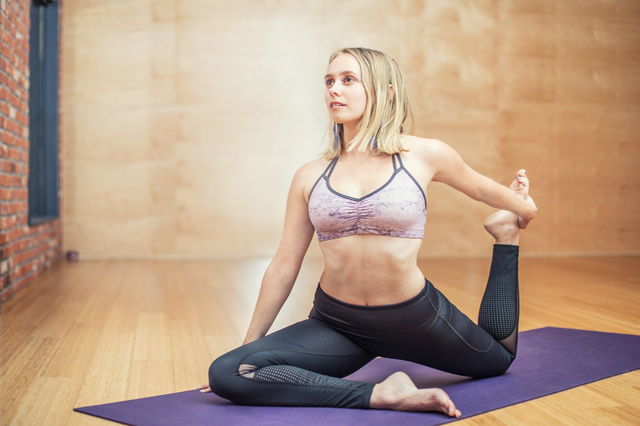 Yoga is a complex process of unification.
It is the union of different systems that exist in human beings – physical, emotional, spiritual and mental systems. Five systems, ‘kokas’ (systems) exist within human life known as the energetic, subtle, physical, mental and bliss sheaths. We are constantly trying to unify these five bodies. Another way of uniting them is through Samadhi.

Bhakti Yoga: The spiritual practitioner focuses on developing a state of devotion within the heart and mind. A strong sense of faith is required as he submits himself to God through the process of self-surrender. Ego gradually subsides and he learns to embrace love. Common practices of this yogic form are kirtan (chanting/song), meditation on the divine and japa (mantra repetition).

Empathic love is the main essence and the belief in a higher being or God is vital. This relationship should not be mistaken with ‘slavery’ towards the divine but a relationship of friendship, love and companionship.

Karma Yoga: Karma yoga is based on one’s duties or Dharma within the world. This dharma is governed by one’s actions, from the past as well as in the present. The yogi lives and even acts without any imposed restrictions or expectations of how the future should unfold.

While the practice involves breathing exercises, asanas and meditation;its focus is on service, mainly humbleness and selflessness.

Kundalini Yoga: Originating from tantra yoga, kundalini yoga is a practice to control the potential of the kundalini energy within the body. Tantra yoga involves the union of kundalini, the ancient force within humans. However, it is highly unstable as the release of kundalini energy can lead to physical or psychological disorders (if not controlled). Only those who are well advanced in spirituality and have a strong mind and a healthy body practice it.

Hatha Yoga: Hatha yoga involves the cleansing of the body and mind and balancing the polarities of energy that is within the body (ida and pingala). Although it is considered a practice of the physical body, it also involves practices that address subtle aspects of the body. People who want to acquire spiritual freedom use this method of yoga.

This practice does not outline any prerequisite of moral values. It begins with yoga postures or energetic purification techniques of pranayama or asanas.

Raja Yoga: This type is considered the Royal Path and can be translated from Sanskrit as ‘royal union’. Its practice stems from the teachings of that of Patanjali in the Yoga Sutras that were written between 100 and 300 AD.

It is also known as Ashtanga Yoga, which was guided by Patanjali’s Yoga Sutras. It is known as a practice of intuition and physic perception, which are essential facilities for spiritual growth to occur.
The practice of Raja Yoga is outlined within the 8-limbed path. This includes:

Jnana Yoga: Also known as Jnanamarga, it is a spiritual process of self-realization and is considered one of the three paths (margas) for liberation.

This practice delves deep into questions such as questions of ‘who am’ and ‘what am I’. A counselor (guru) is essentially required in this practice and helps the yogi understand reflect, understand and even reach liberating insights regarding his own self.