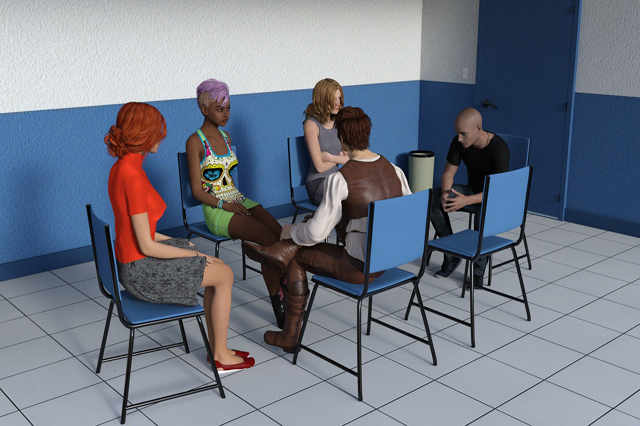 Restorative justice is the way of dealing with crimes by involving the worst victims of all the parties involved in a crime in order to deter the future occurrences of offenses.  In restorative justice, the consequence of the offence is mitigated by the offenders themselves, by helping the victims lead a normal life sorting out all the issues that happened as a consequence of the crime and rebuilding the relations lost through this.

The sufferers, the culprits, and the group affected are all associated with the process of Restorative Justice from the beginning itself. This include not only those direct sufferers but also the indirectly affected people or the community.  The restorative process starts by ensuring safety, welfare, need and willingness of the sufferers. Not only the direct victims but all those indirect people are also included. The major aim of the Restorative Justice process is to provide all possible support, acceptance in the society, monetary needs, material needs as well as mental satisfaction to the victims. All these are done to put an end to the public’s demand for intense punishment.

In the process of restorative justice, it is not that the sufferers remain quite and the others talk about their needs. They talk for themselves straight with the crime doers.  They take up the role of what is to be done, for, they are the ones who are most aware of the crime committed and know the best possible way of healing.  With the participation of the offenders, they come to actually witness the depth of the crime which they have committed and take up the responsibility. This is, of course, a chance for them to compensate for the wrongdoing they have done; either by doing something for the affected people or taking up some responsibility for them so that it is relief for them or just by working for the community as a whole. The aim of this, in a nutshell, is to heal the wounded mostly by taking help from those who caused it so that all the related people get relieved.

Restorative justice is a wide concept that takes crime in a larger frame. Instead of finding the crime doer and simply punishing him for that crime, restorative justice is a research on the crime that has happened. This approach works on the premise that there will surely be a social cause as a result of a crime committed. As for the person who has committed the crime, he or she will have own reasons for committing the crime. His social background and situations contribute to the act of crime. Restorative Justice finds out the social conditions in a society which are responsible for the occurrence of crimes and takes initiatives to wipe out such offenses as a whole by treating the society.

According to restorative justice, not only the victims but the offenders also have the right to be healed. They take both the healing of the victims as well as the offenders as important for the well-being of the society. The crime-doers are considered and heard rather than approaching them in a discriminatory manner. They won’t be isolated or removed from social circles, nor will they be punished severely. Efforts will be made for their integration into the society. Restorative justice is a very much acceptable way of imparting justice as it is not for one but for all. The crime-doers, the victims, and the society are all beneficiaries of the practice of restorative justice.  If implemented along with the normal practice of justice, this will add to the effectiveness of the judiciary as a whole. The judiciary as a whole will get a makeover from being a system that punishes people to a system of social uplifting. And this marks the fairest application of law and order.

The operation in a state

Restorative Justice is done in a country in a number of ways.  The most used and important happening is the interpersonal conversation between the crime-doer and the victim. Here, the necessities of the victim are given the most priority.  The most important part is the opportunity for the victim and the offender to talk with each other. Not only the victim, but the offender is also given the chance to speak out on what are the circumstances that led to the happening of the crime. This will enable the victim to get to know about the situation of the crime-doer. Later, compensations, may be in terms of money, are decided. The sufferer shall choose what compensation is to be given.  The action is to compensate for the very crime that has been committed. or do something for the sufferer or something for the community as a whole as the victim demands.

The talk between the offender and the sufferer makes a big difference and brings in a lot of positivity. Rather than tagging them as sufferers and crime-doers, they are taken as a group of people with some problems, which can be sorted out. The success of this process largely depends on the ability of a good intermediary who talks for both.

Another way in restorative justice is group conferencing wherein all the related people from both the sides come and talk with each other. These include the relatives, the friends, and other related people. The inclusion of so many such people makes the process more convincing and powerful.

There are many support organizations which provide the sufferers with all kind of support to their life. The psychological restoration and the social support they need are all provided during the time of restoration justice.  The crime-doers are also given support through the various groups. They are brought to the mainstream of the society by making them literate, or providing them with job opportunities. They are also given psychological counseling for dealing with relationships, use of drugs and even provided with a good place of stay as per requirement. Restorative agencies also work for communities as a whole, by providing them awareness and making them less vulnerable to crime.

Restorative justice programs are gaining momentum all around the globe especially among the youngsters and school students.  This helps to instill a better attitude among the future generation. They help the young people to be empathetic and live a life of harmony.  They mould a generation of no crimes and non-violence. The programme thus offers corrective responses to the crimes that have happened and also paves the way to eradicate scope of any crime to happen.

Restorative Justice at the International Level

At the international level, restorative justice assumes even more significance. Restorative justice responds to all those hard human rights violations or incidents of mass killings. This happens when the state reveals the secrets of the past instances of human rights violations attempts that they have indulged in, which resulted in severe harm to the opposite community on a large scale.  The exact compensation of the crime done shall be healed by following the below steps:

The assessment of the wartime happenings and the analysis of the harm that has happened to the sufferers will help to get all the related people understand the depth of the hardships caused.

Restoration mostly involves the compensation of the offence committed. In particular, incidents, where there has been a serious committing of a crime, the compensation through restoration is a great relief. This will help the victims attain psychological stability and overcome the bad situation that has happened. This will also help the crime-doers move forward with reconcilement and therefore to maintain a good relationship with all the concerned.  It will be more effective if in case the offenders apologize to the victims directly. There will be a more harmonious ending when the parties of offenders show the acceptance of the misdeeds that they have done to the other party.

This is a chance and hope given to them to take back all they thought they had lost.

In a different frame, such as in cases of civil wars, separating groups of offenders and victims is a herculean task.  Also, the major aim will be to restore the situation back to normal than to punish a group as such.  Also, this approach will be wiser in order to retain peace rather than provoking a single group. Take the case of Northern Ireland, restorative justice has helped to retain peace and considerably reduce the crime by not pushing more and more offenders by punishing them for a crime which they had done once. In the process of restorative justice, a negative relationship between the crime doer and the sufferer is transformed into a positive relation. Restorative justice is all way possible only if the whole society accepts it.

At the global level, restorative justice is closely connected with the structure of the social conditions prevailing there, to provide compensation or healing programmes for the affected community, giving equal access to justice for all and also the acceptance of this by all. Also, common interest organizations should be formed and encouraged to instill the thoughts of non-violence, harmony and peace.