Facts And History Of Numerology

Facts And History Of Numerology

When asked to drive to a destination not familiar to you, would you set off in a direction that you think might be the right one and hope to reach the right destination or consult a map and get the right directions to avoid wrong twists and turns? The majority of us would prefer taking the second option. So, why is it that when it is the turn of bigger issues like achieving goals in life, we stumble around without directions.

Numerology is based on the idea that human life, like every other thing in the universe, is guided by numbers. Every number possesses a unique energy and by finding out those numbers that connect with your life (Often linked to personal and important information like name or birth date), you can predict the future course of your life.

The origins of Numerology can be traced back thousands of years to ancient civilizations like Babylon, Egypt, Greece, India and China.

The Chinese I Ching is one system that is widely practiced in the Far East and actor Mark Rylance credited Numerology for the success he achieved in his career.

By far, the most popular system is the Western system of Numerology that was created more than 2,500 years ago by Pythagoras, a Greek Philosopher who was also a mathematician.

You may have studied the theorem that helps us calculate the lengths of different sides of a triangle, that Pythagoras was most famous for, in school.

But, what may not be widely known is that he also set up one of the earliest universities in the world in Crotone, Italy. The curriculum was a combination of religious ritual and scientific study and also included lessons in how the study of numbers could lead to greater knowledge and understanding of people’s destinies.

People who question numerology should also ask themselves why one of the acknowledged geniuses of the ancient period have wasted his time on creating it if there was not some basis to it. Let us see how numerology can help a person realize their dream irrespective of what the dream may be.

Work out The Life Number

Let us begin by calculating the two most important numbers in a person’s numerology chart: their Life Path Number and Destiny Number. The Life Path Number is very important as it is linked to something very personal to the person – their birth date.

Numerology, like astrology, considers the birth date as something that helps determine a person’s innate personality. A person’s Life Path Number discloses what kind of person he/she is basically. While life may bring other characteristics of the person to the forefront and maybe even change the person, the Life Path Number helps to look into the soul of a person and determine his/her basic nature. The Life Path Number can help to understand the path taken by the person, what traits in his/her character made them take that path, the various experiences they may face when travelling along that path and the lessons they would learn due to those experiences.+3

Step 2: The resultant two digit number should then be added together and so on until you get a number between one and nine which is the person’s Life Path Number 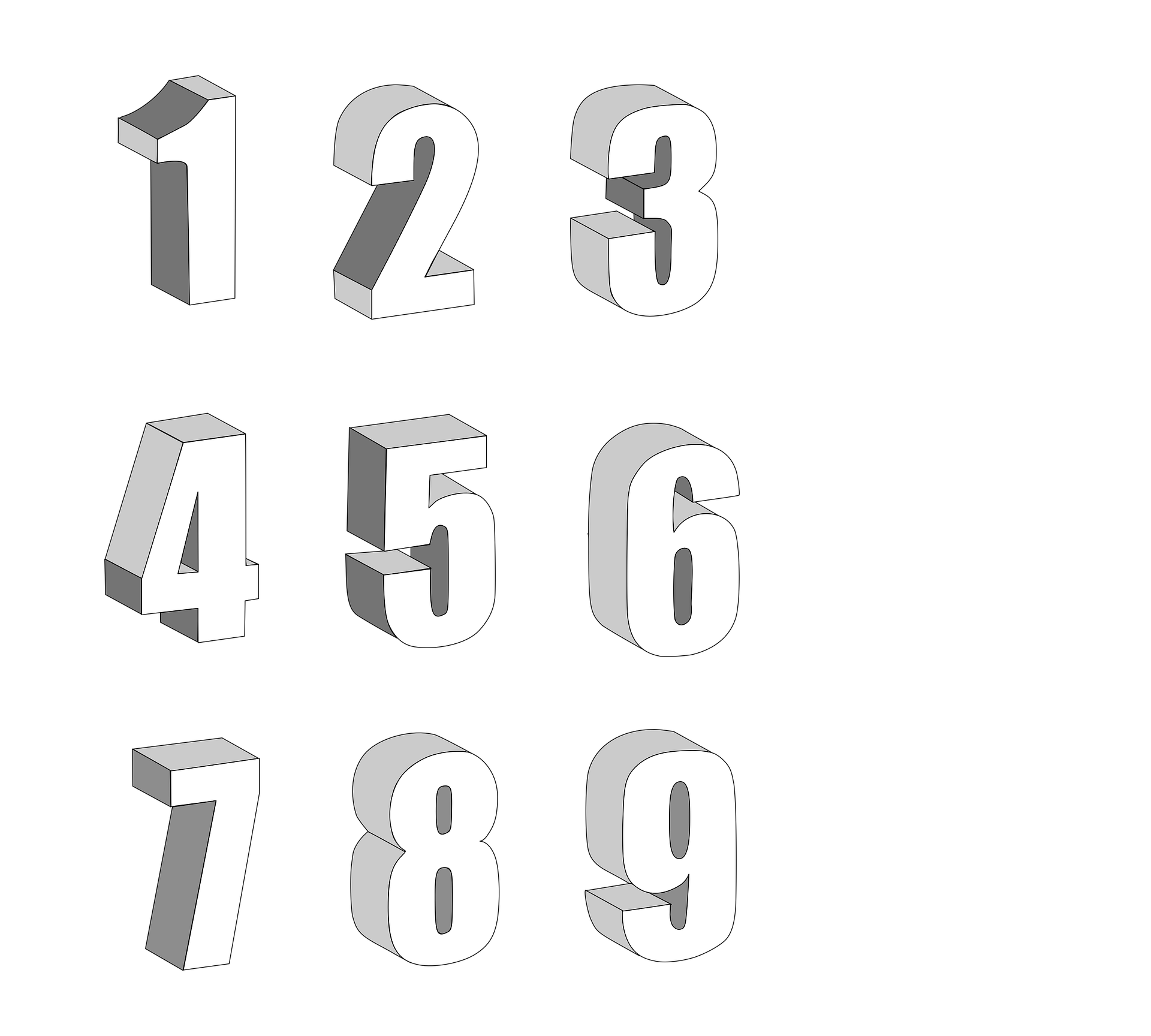 Work Out the Destiny Number

The second most important number in a person’s life is their Destiny Number. While the Life Path Number reveals a person’s innate personality, the Destiny Number reveals what that person is destined to do in their life and what are the abilities they possess. This number is useful in helping a person choose a career and also indicates the personality traits that the person may develop as they attain their full potential.

Consulting the Life Path Number and Destiny Number together will help a person to get valuable insights as to what choices they should make during the key moments in their life like choosing a career, moving house or even beginning or ending a relationship.

The full name of the person as mentioned in their original birth certificate is to be used for the calculation of the Destiny Number, irrespective of whether they have changed their name or use a different name.

Step 1: With the help of the letters and numbers chart shown above, write down the full and original name of the person and match each letter to its corresponding number. Once the numbers have been written down, add the corresponding numbers of each name to get separate totals.

For Eg.: If the name of the person is Zoey Ann Jones

Step 2: Take the resulting two digit totals and add each of them to create one digit results

Step 3: Add the single digits together and keep adding them until you get a single digit result between one and nine which will be the person’s Destiny Number.

What is the Meaning of the Numbers?

Now that the two most important personality numbers have been calculated, let us take a look at what they actually mean.

Keep in mind that

Often having their own unique way of doing things that may vary from the normal, Ones are self-reliant and self-motivated. They are born leaders who like being in charge and if unable to make their own decisions, they try to work towards an authoritative position or work alone.

Peacemakers, Twos have the innate ability to comfort and heal people, animals and even the environment around them. One of the greatest lessons they have learned from life is to place themselves first as they are often taken advantage of.

Natural entertainers who love to show off their various talents and abilities, threes have a wonderful sense of humor and love surrounding themselves with people. They have to be cautious when speaking in a positive manner rather than negative manner so that they can empower and inspire people rather than criticize, gossip or complain.

Hard workers who are committed to their goals and give priority to exhibiting a high quality of workmanship, Fours are the key members of any organization and the attention they pay to detail and their accuracy are what makes them expert auditors, book-keepers and builders. Though extremely logical, practical and reliable, Fours can benefit from loosening up a bit and thinking creatively.

People who make things happen, Fives love freedom without restrictions and flourish under variety. They are independent, adventurous and never have a dull moment as their lives are full of action and often changing. Fives have various talents, are adaptable and versatile and may even handle different portfolios throughout their career. Whatever career they choose, they have a talent for working with people and are natural consultants, advisors and salespeople.

Whether it is to heal a friend suffering from a broken heart or nurse a sick family member back to health, Sixes are the best people to have around as they love assisting people. Whenever you are in need of a good friend or you need some solace, you can depend on a six to help you out. Sixes tend to be perfectionists or over-achievers as they often feel they are not doing or giving or accomplishing as much as they ought to. Very often, they are taken for granted or taken advantage of as they give more than they receive.

People who constantly seek knowledge, wisdom and understanding, Sevens are very good at problem-solving and are good strategists. Sevens are always on the lookout for answers, be it to understand human nature, how a piece of machinery works or to understand the laws of the universe. They need their own space for contemplation and introspection. The main purpose of their life is to search for spiritual truth within them and to go on to reveal the secrets and mysteries of the universe.

Engaging in self-employment, the business world and money making ventures, the ability of Eights to attract success depends on their positive mindset about life as their powerful minds have the capacity to attract what they think and believe. Though this is the scenario for all human beings, it is more so in the case of Eights.

Nines are compassionate, understanding and kind and are often helping others or working in a service career. They come into contact with different kinds of people from various walks of life and also encounter various experiences in life, which will teach them to become patient, understanding and tolerant people who are non-judgemental.

Along with Life Path Number and Destiny Numbers, the other most important indicator of a person’s ultimate goal in life is their Maturity Number. As indicated by the name, this kicks in only during mid-life and is an accumulative energy that increases as each year passes. The maturity number is calculated as below:

Once the Maturity Number is arrived at, the significance of the number can be found by reading the explanations for Life Path Numbers and Destiny Numbers.

Once, a person identifies their Life Path Number and Destiny Number, they are ready for what life has in store for them in future. Consulting these numbers, they can make corrections where necessary and look forward to a better future.