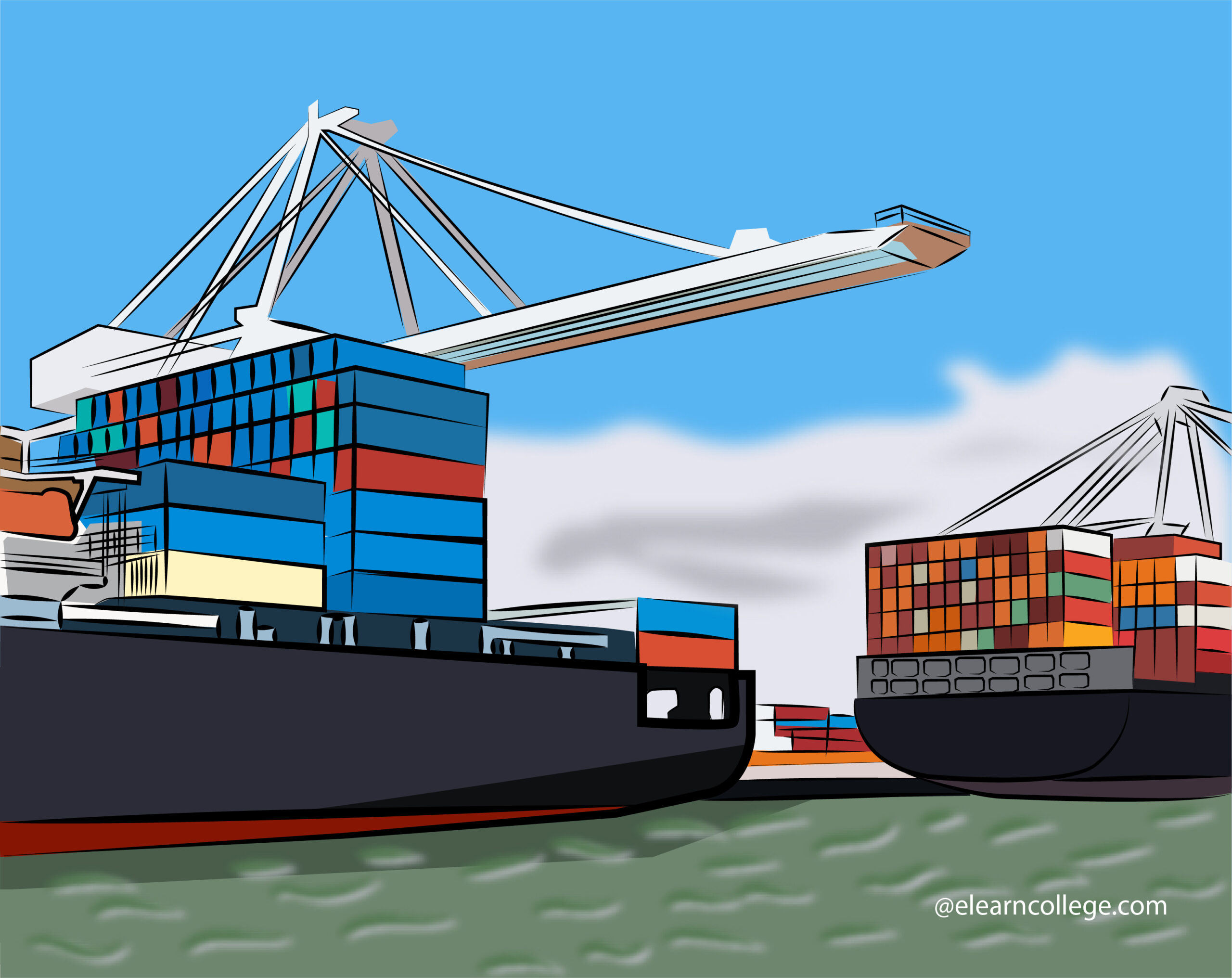 Maritime admiralty law, often known as admiralty law, controls nautical matters and other maritime disputes. In addition, maritime admiralty law encompasses domestic and international law related to maritime activities and deals with the rules and regulations for private parties in the field. Each legal authority typically has its marine legislation. The transnational character of the subject and the necessity for consistency have resulted in significant developments in maritime admiralty law worldwide since 1900, including multiple multilateral treaties.

On the other hand, sea law is a corpus of international public law dealing with jurisdiction over the coastal seas, mineral rights, global maritime connections, and navigational rights. 160countries and the European Union have ratified the UN Convention on the Sea Law. In addition, the ITLOS tribunal in Hamburg, Germany, settle issues.

Seaborne transportation was among the first modes of business, and the procedures for settling maritime trade-related have been there for centuries. The Rhodian law, the earliest one, has no original written specimen but is referenced in other court documents and legal papers. Subsequently, the remarks of the Hanseatic League from the 13th to the 15th century are early historical records of these laws.

According to Bracton, in Norman England, maritime admiralty law also acted as a substitute for common law. Earlier, this required voluntary adherence to the common law by submitting a plea asking judgement from the civil Court.

The modern history of admiralty law

In the years leading up to the Revolution of 1879 in America, there were plenty of admiralty courts in America. It granted this authority since the Act of Stamp was not successful in America, and a jury consisting of colonialists may not condemn a colonist for breaking it. However, as the Admiralty courts never had a jury system, the chances of a colonist accused of violating the Act of Stamp getting punished was very high.

Maritime admiralty law progressively formed part of American law due to maritime lawsuits after the United States Constitution came into existence in 1789. Admiralty and marine attorneys were influential among American lawyers throughout the Revolution in America. John Adams and Alexander Hamilton are among those mentioned. Both John Adams and Alexander Hamilton were admiralty attorneys. Adams represented John Hancock in a dispute involving the capture of Hancock's ship for violating customs laws in colonial Boston. Justice Oliver Holmes of the Supreme Court was also a maritime lawyer.

What does it bring to the table?

Marine trade, salvage, navigation, seafarers' rights, maritime pollution, and carrying both persons and cargo by water are all covered by federal admiralty law. Maritime law also applies to maritime-related land-based business enterprises; marine insurance is an example. Some attorneys prefer to use the phrase "marine admiralty law" instead of "wet law" (such as collisions, salvage, limitation, liens, towage, and ship arrest) and "dry law" (such as liens and limitation) (e.g. people & transportation of goods, the MLC and marine insurance).

Rolls of Oléron's sixth article proclaimed in 1160 AD, established the idea of cure and maintenance. The "cure" requirement compels an Owner of the ship to offer free medical care to a sailor or mariner wounded while onboard till the seaman receives maximum medical attention. The term "maximum medical cure" has a broader definition than maximum improvement obtained from the treatment. The duty to "treat" a marine includes providing him with pharmaceuticals and medical gadgets that enhance his capacity to do better. This is applicable even if it does not help with his illness. They might involve long-term therapy that allows him to work later. Wheelchairs, prostheses, and pain medicines are all common examples.

The "maintenance" mandates the ship's owner to provide for a seaman's minimum expenses until he recovers. Once a sailor can work, he must take care of himself. As a result, a seaman's entitlement to maintenance must be subject to revocation, although the need to give remedy continues.

What happens when a sailor is injured?

Owners of the ships owe passengers reasonable care and protection. As a result, passengers harmed on ships may file a lawsuit. This is similar to the situation of getting hurt on land due to the carelessness of a 3rd party. The onus is on the passenger to show that the ship's owner was negligent. While one must file lawsuits related to personal injury within three years, it must file those against cruise companies within a year due to passenger ticket limits. The tickets usually stipulate that they must file a legal notice six months after the injured person. Most passenger tickets for cruise lines in the United States also stipulate that it must take the suit to Seattle or Miami.

The 1954 decision of Adler vs Dickson in England was an important case in the history of maritime law. It permitted vessels to avoid blame when an officer's carelessness caused a passenger to be hurt. After that, the 1977 Act of Unfair Contract Terms made excluding blame for the loss of life itself or physical harm caused by someone's carelessness illegal.

When something is lost in the sea and saved, the rescuer has a right to salvage a prize. There is nothing called "life salvaging." Without expecting anything in return, all seafarers are responsible for rescuing people's lives in danger. As a result, salvage legislation solely applies to the preservation of property.

There are two types of Salvage pure salvage and contract salvage, sometimes known as "merit salvage". Before the salvage operations start, the salvor and the one who owns the lost item agree to a contract, and the contract establishes the sum paid to the salvor and other terms of the salvage. An Open Form Contract by Loyd is the most famous one.

There isn't any contract or agreement between the salvor and the one who owns the items in pure salvage. The legislation infers the connection. Goods rescued in a pure salvage should file a claim in Court; the reward for the salvage is calculated based on the quality and efficiency of the whole process and the item's worth.

"Low-order" and "High-order" are the two types of claims in pure salvage. During a high-order salvage, there is a personal risk for the salvor and the crew and losing or damaging his equipment to rescue the wrecked ship or property.

Examples of salvage of high-order

The worth of the salvage service is proportionate to the worth of the selvaged goods. There would be no credit if the salvage was unsuccessful or if it did more damage during the mission. Other criteria to examine the salvor's abilities are the depth of the danger of the task, the item's worth, the risk during the operation, the money and time spent on the salvage mission, and so on.

A merit or pure salvage award rarely surpasses 50% of the salvaged object's value. The only exception is when the recovered item is a treasure. Because sunken treasures have been missing for centuries, the one who retrieves the item will get most of its value. If the owner had already claimed the ship, the actual owner or the insurance company retains a stake. We have discovered many previously lost ships these days because of advancements in sonar technologies, and treasure salvaging does not pose the same danger as it did a century before. However, still, it is very expensive and takes so much time. 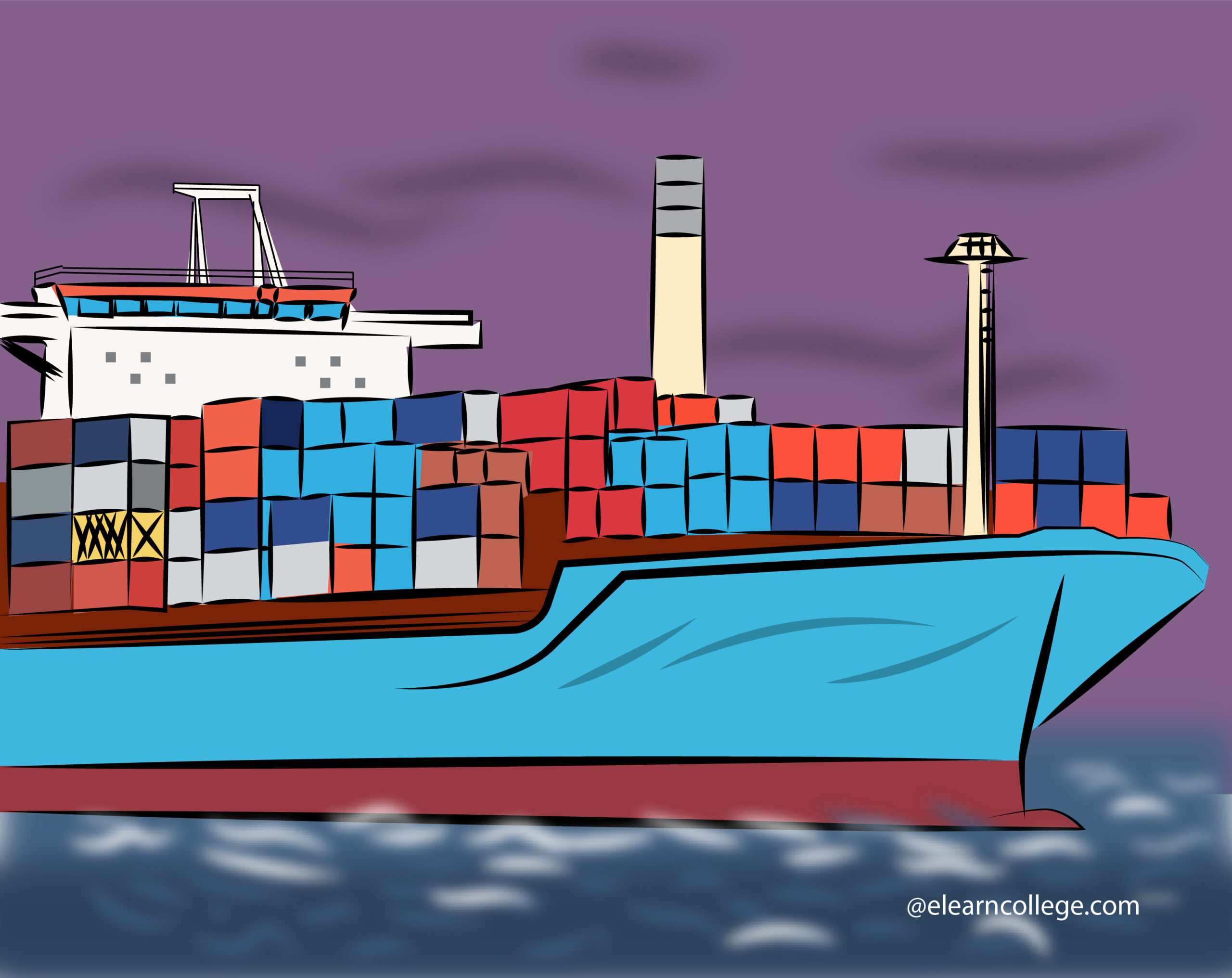 Comité Marine International(CMI), a private group of maritime attorneys, drafted most international treaties governing maritime commerce and trade. The CMI, founded in 1897, drafted the Hague Rules, the Salvage Convention, the Visby Amendments, and many other international treaties. While the CMI's work as an advisory committee continues, the UN established the International Maritime Organization in 1958. It took almost sixteen more years to become operational in 1974 and later took over many of the CMI's responsibilities.

UNCLOS, a UN agency regarding sea law, established a pact to safeguard the maritime borders and marine environment. International fishing restrictions, such as the International Convention, which poses a Regulation for Whaling, are also part of the international treaties. Once they are in place, most international accords are implemented by signatory countries, either via their national courts or the Control of the Port State. The CJEU in Luxembourg can hear admiralty law cases that fall within the EMSA of the EU. On the other hand, disputes affecting the Sea Law are addressed at ITLOS, situated in Hamburg, if both parties are UNCLOS signatories.

Pirates have always been a common enemy for mariners throughout history. Usually, the flag country has jurisdiction inside the ship. In piracy-related admiralty law cases, every nation has the authority to pursue pirates in the open sea, including chasing them into territorial waters. Many countries have ratified the UN's Convention on the Sea Law, 1982. Merchant vessels travelling in areas of pirate activity must take necessary measures to ensure the safety of the vessel. The MSCHOA and NSC adopt these measures for self-defence.