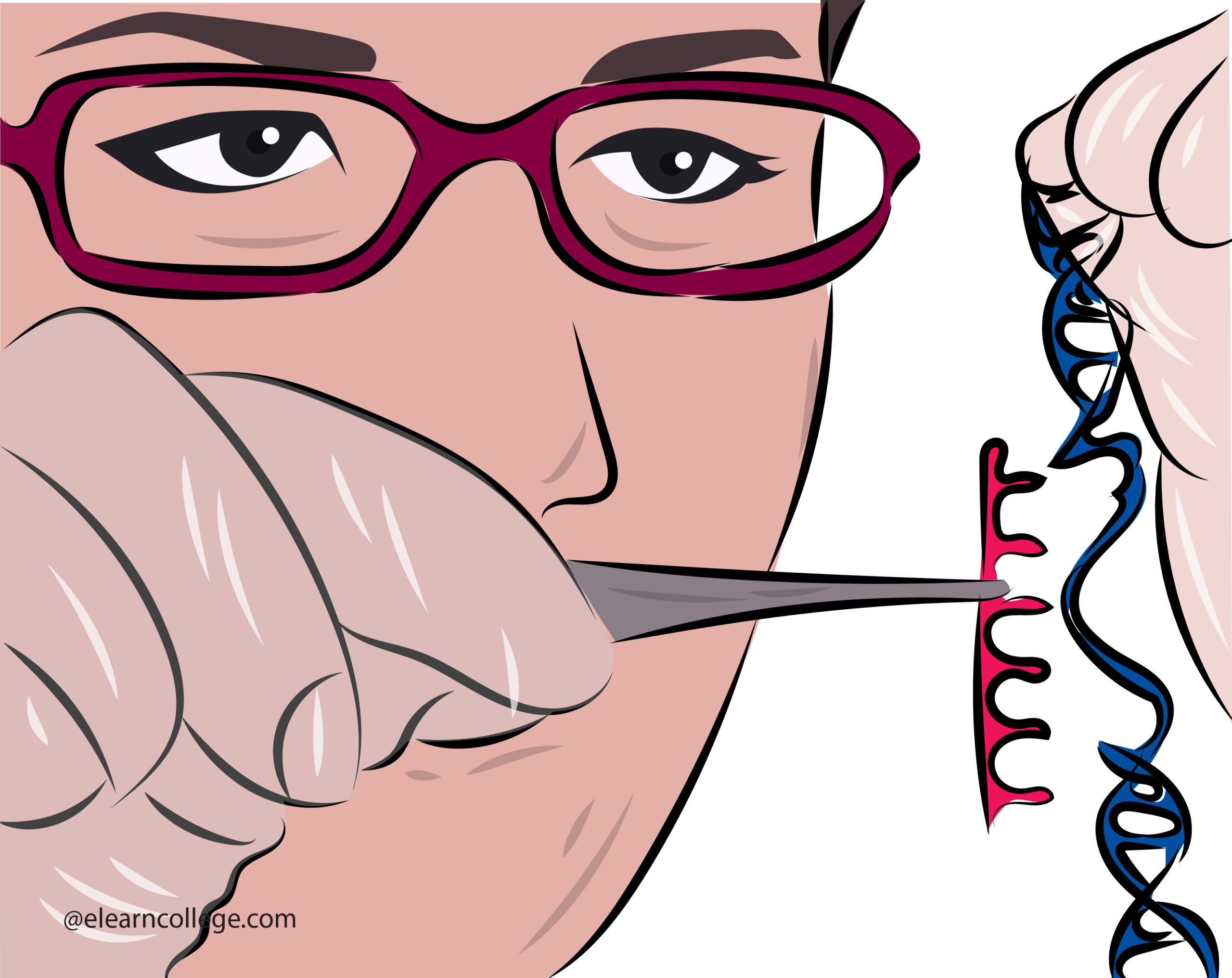 Genes or genetic factors are the building block of our bodies. It is chromosomes that determine the genetic characteristics of an organism. Just about every cell has identically cloned genes or chromosomes stored inside the nucleus of every cell. Chromosomes consist of a double helix biochemical substance called DNA (deoxyribonucleic acid).

Coiled strands make the double helix which forms the DNA. Genes clung to the edges of these strands carrying an important piece of information. The DNA sequence in each gene has specific information regarding building various molecules like hormones and proteins. These biochemical compounds are necessary for the growth, development and smooth carrying out of other bodily functions.

Each cell contains two clones of the same gene, but they only require one turned on and the other passive to perform its functions. Changes in Gene out of mutation or due to hereditary reasons can disrupt their function, and it can result in the occurrence of various conditions.

X and Y chromosomes are the sex chromosome which determines the sex or the gender of the baby. A Female's egg contains XX chromosomes, and males contain XY chromosomes. During fertilization, if the formed chromosome is an XX chromosome, the fetus will be a girl; if it is XY, then it is a boy.

The influence DNA has on human development. 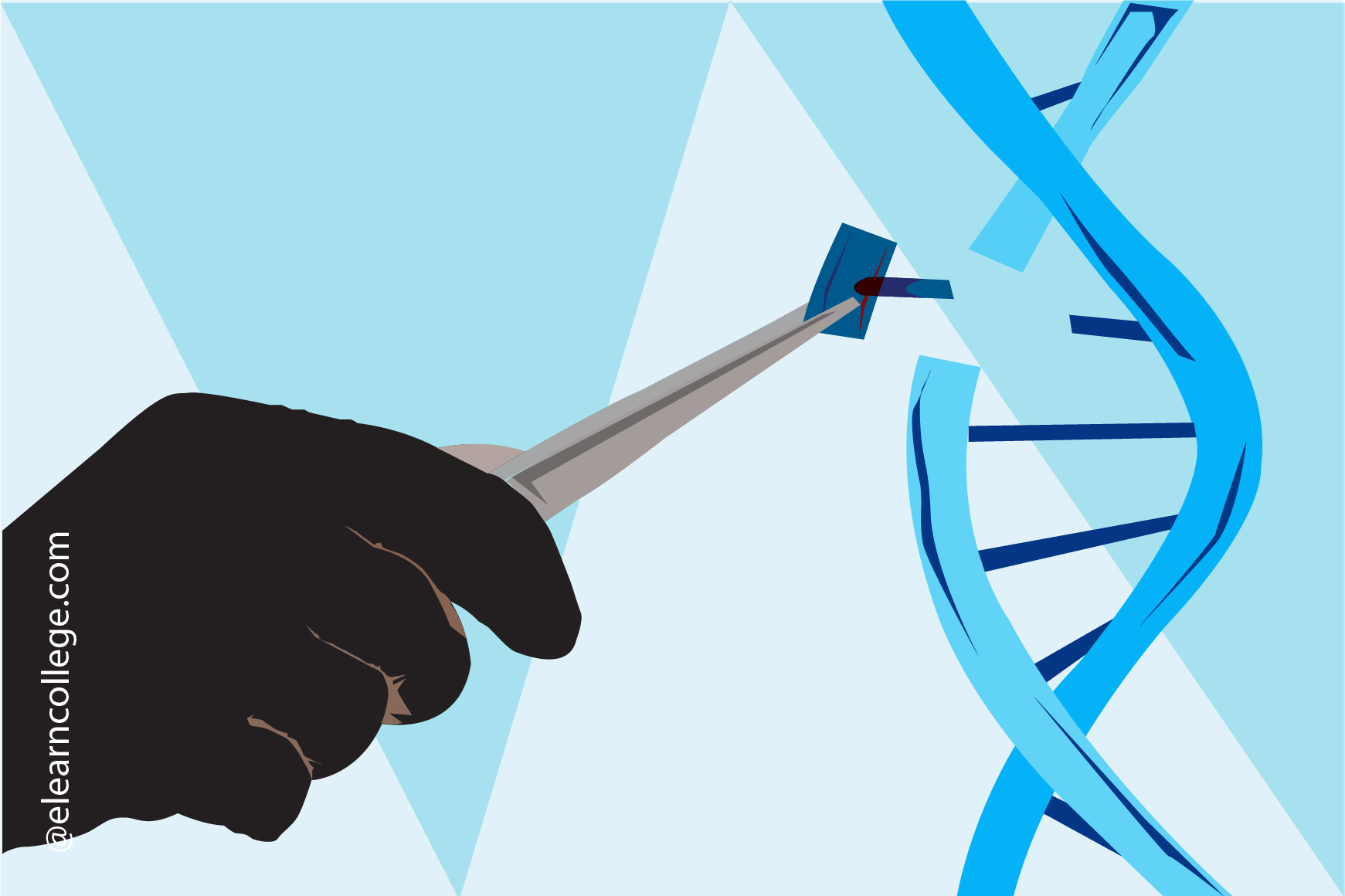 Many characteristics such as blood type, hair and eye colour are from biological parents. Unfortunately, genes can also pass many diseases and health conditions through generations. Some characteristics passed on undergo changes that explain the diverse group of blood types such as A, B, O or AB. These changes or variations are called alleles. The allele is a phenomenon that happens in both pairs of genes inherited from biological parents. The way Alleles interact is called inheritance patterns.

Different types of patterns emerge from this interaction. If a dominant gene on non-sex chromosome results in a condition or trait, we call it autosomal dominant. In contradiction, an active recessive gene is called autosomal recessive.

Likewise, the same phenomenon happens on sex chromosomes. X-linked and Y-linked can both show recessive and dominant characteristics.

If both genes in a pair or allele are dominant, both combine to produce physical characteristics. It is called co-dominant.

Mitochondria is the powerhouse of the cell in the human body. If a genetic factor is a reason for a trait in mitochondrial DNA, we call it mitochondrial.

When two alleles come from both biological parents to form a gene, dominant ones take over the recessive ones in the offspring. A child receives blood group and eye colour through this phenomenon. This is a common interaction pattern. Sometimes recessive gene is active, and its traits bypass the dominant gene. Suppose two alleles decide eye colour being brown colour (B) dominant and blue colour(b) recessive. In that case, the offspring will have brown colour eyes. The same result will be if both the alleles are brown. If both alleles have recessive gene traits, the eyes will be blue.

We decide on blood groups based on three types of alleles: A, B, and O. The A allele has domination over the O allele. So, if a person has both A and O alleles in his genes, the blood group will be A. If one of the parents has A and O allele (AO), and the other parent has two O alleles, the child has a fifty per cent chance to have either A or O blood groups. The group of alleles one inherits are the genotypes, and the active one, his blood group, are the phenotypes.

Suppose a person possesses a variant gene and a non-variant gene but does not exhibit the ailment linked with the variant gene. In that case, they are the carrier of that condition. It is called a recessive inheritance pattern. If parents both possess varied genes, there is a chance of twenty-five per cent that their offspring may inherit the varied gene. It can result in the development of various conditions. There is also an equal probability the offspring may go unaffected. In addition, there is a chance that fifty per cent of them continue to be the carrier of that condition. There is a probability this can happen if the parents have blood relations though it unusually happens. Autosomal recessive genetic conditions can vary from cystic fibrosis to phenylketonuria (PKU).

Allele A and B, which determine the blood groups, are co-dominant. So, if a person has both the Alleles, it will combine to give him an AB blood group. If there is a B Allele from one of the parents, the inheritance pattern could be of AB, BO or OO. Here, the alleles decide what the foetus inherits.

A cell replicates itself by making a copy of genetic information. Sometimes minor disruptions happen in this process resulting in genetic mutation. This sudden disruption or change in the transmission of chemical messages affects body functions.

Around half of the Australian population suffer from conditions resulting from genetic changes at one point or another in their lifetime. According to scientists, ten thousand conditions can happen due to a change in a single cell.

There are three types of a genetic conditions.

A sudden mutation in the gene during the formation of gametes cells or at the time of conception can cause many health conditions in the offspring during birth or later stages of development.

The passing of a mutated gene does not necessarily mean the offspring will develop the condition. However, there is still a chance of developing these conditions if exposed to certain environmental factors such as chemicals. They are susceptible to these conditions if there is long exposure.

Lifestyle and diet also have an important role to play in the development of some conditions. Melanoma is a type of skin cancer that occurs from prolonged exposure to the sun.