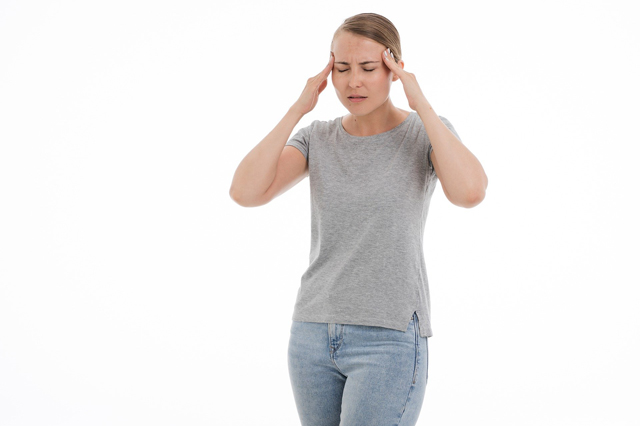 We are all craving for a life without stress, anxiety and fear. Each and every one of us wanted to live life to the fullest by enjoying the present moments. But many of us cannot achieve this because of the day to day tensions and concerns. EFT or Emotional Freedom Technique helps a person to overcome all these challenges and clears the mind as well as the body. Human body is really wonderful because, it has the potential to heal naturally. EFT works under this very quality of human body.

EFT or Emotional Freedom Technique is a self-help technique to overcome depression, anxiety and pain by tapping on certain “energy meridians” located around the body. The theory is put forward by Gary Craig in the year 1990, where he defines EFT as an effective combination of mind-body medicine and acupressure technique. The fundamental principle of EFT is that every emotions and thoughts are in the form of energy; this energy (positive or negative) affects functioning of human body.

EFT is originated from TFT (Thought Field Therapy), which is put forward by Dr. Roger Callahan. He was a clinical psychologist and professor of Gary Craig. In 1980, Dr. Callahan found a mind-body method called TFT, which helps to reduce stress, anxieties and phobias naturally. Gary Craig was deeply influenced by his professor’s theory and decided to research further about the theory. Finally, he came up with a new approach which is a refined form of TFT and named it EFT. EFT is also known by the names EFT tapping and simply tapping. The primary focus of EFT is to teach people how to manage their phobias and anger simply through tapping.

EFT is a scientifically proven and accepted method. It is not just a Utopian theory. It has been researched in several countries by many investigators. The EFT universe website says ‘EFT has been researched in more than 10 countries, by more than 60 investigators, whose results have been published in more than 20 journals’. Some of the journals are Journal of Clinical Psychology, Psychotherapy: Theory, Research, Practice, Training and Review of General Psychology.

The tapping technique needs no additional equipments, medications or supplements. It can be done from anywhere at any time without further assistance. There are lot of benefits for the mind as well the body with EFT. It reduces stress, tensions, emotional imbalances like depression and anxiety of the human mind and makes the soul calm. It also reduces the fatigues, headaches, joint pains and boosts the energy level of a person. EFT is highly beneficial for athletes because it improves athletic performance, focus and co-ordination. The technique also improves the sleeping quality of person by proving a tension-free sound sleep. In short, EFT is highly beneficial for a healthy body and mind.

According to EFT theory, our body contains an energy circuit called Meridian. There are 8 meridian end-points located at different parts of our body. These meridians have powerful effects on the body but are invisible. An energy flow occurs throughout the body from one meridian to another and eventually completes the circuit. When a person taps near the end point of a particular meridian, he/ she will feel a healing effect both physically and emotionally. So, the mind-body healing practice stimulates the meridians of our body which results in direct flow of energy throughout the body. As a result the person feels a soulful bliss and well being.

EFT is the combination of Eastern medicine practices and Traditional Western psychotherapies because it involves tapping of energy meridians along with voicing positive affirmation. Acupressure or acupuncture is a Chinese medicinal practice which is also rooted in the theory of energy circuits. But, the only difference is that EFT gives more importance to emotional problems rather than physical problems.

EFT will be beneficial and useful only if we practice the real tapping techniques. Gary Craig proposed 7 basic tapping steps according to the EFT “recipe”. They are given in the following:

EFT is a scientifically proven theory. There are lot of benefits for the mind as well as the body with EFT. EFT is an effective method to clear the mind and body and to achieve a peaceful life. There are 5 benefits for EFT Tapping. They are given in the following:

EFT helps in reducing stress, anxiety and fatigue. The theory is published in different journals and proved right. In the year, 2016, there was a survey conducted among 14 different studies including EFT. EFT is proved to have a significant role n reducing anxiety in adults, who have been experiencing psychological illness. All the other 13 studies couldn’t match up with EFT‘s effect. This was published in the journal called Journal of Nervous and Mental Disease.

According to some other scientific studies, EFT helps to decrease the stress hormone (Cortisol) level in human body. The 2014 review also suggest that clinical EFT has regulated the cortisol and limbic function to improve several neurological markers of general health. This was published in Medical Acupuncture. The two epigenetic effects of EFT are; up regulation of immunity gene and down regulation of inflammation gene. EFT is also proved to work efficiently than Placebo, based on 6 well-controlled studies.

In the year 2012, a different study was conducted to identify the effect of EFT. The study was conducted between EFT group and a no- treatment group. The group receiving EFT treatment showed a considerable decrease in the level of cortisol than the other. The group also showed lot of improvements in the psychological distress markers. The treatment took 30 minutes. Salivary cortisol was checked before and after the treatment. Results were amazing. EFT group experience a significant improvement in cortisol level as well as anxiety and depression. This was published in the journal, Journal of Nervous and Mental Disease.

Veterans may experience a psychological trauma or PTSD (Post traumatic stress disorder) due to their long experience in a particular field. EFT is a very effective solution for PTSD, because it is based on positive affirmation. Veterans engage their mind and body simultaneously for a particular work. So, EFT has better results on them.

EFT training programmes showed considerable improvements in sufferers of headaches due to tension, people with Fibromyalgia and many others with chronic injuries and pains. In the year 2013, a randomized controlled trail was conducted on a selected group of patients, where EFT has proved right that it reduced the harshness of headache as well as improved the lifestyle parameters.

A group of 86 women suffering from Fibromyalgia were tested with EFT treatment. A considerable improvement in the disease was the result. Researches proved that EFT also improves strength, social function, mental health, performance, psychological problems like frequent rumination, magnification and helplessness by decreasing pain and nervousness.

EFT is highly effective in improving athletic performances. In the year 2009, a study was conducted on male and female basket ball players regarding EFT effect. The result showed an improved athletic performance of the players after EFT training process. This study was published in Open Sports Science.

A study was conducted on two groups performing free throw and vertical jump. When the investigators measured the performance of the two groups after EFT treatment, there showed a significant difference between the two groups in terms of free throw. No difference is found in vertical jump. EFT helped the athletes to improve concentration and co-ordination. It also helped them to reduce anxiety and stress during performances.

Another study was conducted among soccer players, who showed considerable improvements in goal scoring after EFT training. EFT tapping also results in improving mental condition of the players by boosting self-confidence and reducing anxiety.

EFT is an effective training process with promising results. But, it cannot be accepted as a ‘standard treatment’. It is not effective for the people with mental disorders because they cannot be approached with cognitive behavioural therapies. EFT can be considered as an adjunct therapy. It works effectively with some additional combinations like healthy lifestyle, balanced diet, traditional therapy, meditations and certain medications.

EFT in a nutshell