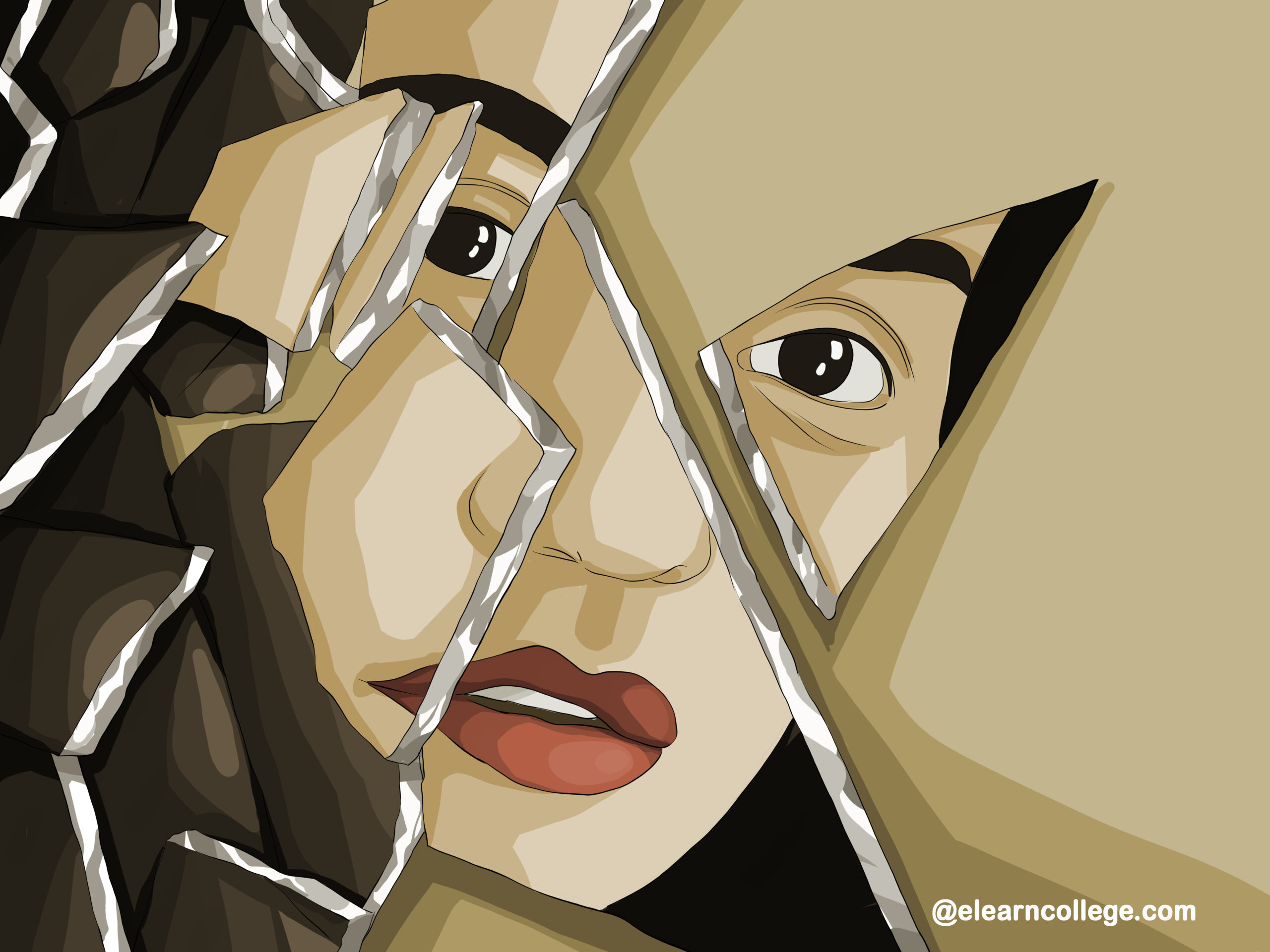 When asked to describe yourself in a few words, do you often say 'unstable', 'reckless' or even 'clingy'? Would you describe your life until now as a rollercoaster filled with the most erratic decisions you made? Do you have significant issues in your relationship with others? And lastly, do you feel empty and lonely all the time? If it's all a yes. Then, there are high chances you have Borderline Personality Disorder as the symptoms mentioned above are all BPD symptoms.

When one describes their entire life as unstable – relationships, thoughts, behaviour, mood and even their identity, it is evident that they are facing significant problems in their life. Moreover, that person is experiencing severe BPD symptoms.

Medical science considered BPD incurable in the past due to its high instability. But it is no longer something that can go uncured as modern research has proved BPD to be curable. It is a long process, but it is worth it in the long run. There is hope for every BPD patient; in this guide, we will discuss all 9 BPD symptoms. First, before going into BPD symptoms, let's try to understand BPD.

What is Borderline Personality Disorder?

A borderline personality disorder or Emotional Dysregulation Disorder is a mental health disorder that affects how you think and feels about yourself and others. This causes problems relating to fundamental functioning in everyday life. The basic BPD symptoms include:

For a patient, everything feels like a rollercoaster, the feelings, relations and even the concept of oneself. This would include even your goals and the things you like. Of course, everyone experiences a change in what they want and how they identify. Still, it is way too frequent for people with Borderline Personality Disorder to think in ways that are just confusing and unclear. It is frustrating and makes you feel empty as you seem to wander through the feeling of being nothing.

Why does it happen?

The fundamental reason for this level of instability for people with BPD is their overwhelming sensitivity. Small things trigger them, and it gets them into anxiety. It is also not easy for them to calm down. Their sensitivity is their main vulnerability. The inability to calm oneself and have a shifting sense of self causes them to be insecure in their relationships and leads to reckless and impulsive behaviour.

People with Borderline Personality Disorder are thrown into chaos when caught in the middle of a sensory over-drive. In their irrational state, they may act in dangerous ways. They might even say hurtful things to those around them in this situation. But, once the emotional explosion settles down, their actions often cause severe guilt and shame.

As said in the above paragraphs, BPD was once thought incurable due to its instability. However, there is treatment and help out there now. Using specialized recovery methods, one can always reduce BPD symptoms very slowly. The reduction in the BPD symptoms requires patience and hard work. Breaking the existing negative thought patterns, emotions, and behaviour that causes distress takes time and effort. Of course, breaking habits is complex and will often seem uncomfortable and unnatural initially, but one must understand that these thoughts, feelings, and behaviours cause nothing but trouble. With hard work and determination, you can always overcome anything.

In the coming portion of the article, we shall discuss some of the most common and distinguishing BPD symptoms.

Before we talk in-depth about BPD symptoms, the following are some thoughts of a BPD patient.

You may have Borderline Personality Disorder (BPD) if you identify with several of these statements. Though the above-mentioned are BPD symptoms, BPD can easily be confused with other emotionally unstable disorders, so a self-diagnosis is not enough. A proper clinical diagnosis is mandatory before you jump to conclusions. Nonetheless, the solutions about to be given in this article will help calm your internal emotional turmoil and help with the self-destructive habits you may have. We shall now discuss the 9 BPD symptoms.

There are 9 BPD symptoms. Health professionals use these to conduct BPD symptom tests on patients.

Those with BPD have a fierce and unshakable fear of being left alone or abandoned. They cannot stay away from the people they are comfortable with, and an intense terror grips them when their person of interest is away from them for some time. This can cause them to frantically search for ways to keep their person of comfort as close to themselves as possible. They may cry, beg, throw fits, and tantrums when their comfort person tries to leave for some time. They might block the other person from leaving (even physically) them and can even go to more severe extents to keep their person of interest to themselves. But this kind of frantic behaviour will, push most people away, causing more distress to people with BPD.

BPD symptoms vary according to the patient's age and other social and personal aspects. Here the intense fear of abandonment is a BPD symptom in childhood. However, many carry them into their adulthood.

As said before, those with BPD tend to have intense but unstable relationships. This is among the most severe BPD symptoms. This causes more anxiety and distress to the patient. Each new person they meet seems perfect to them at first but quickly gets disappointed later on. People with BPD often describe relations since their opinion about people changes rapidly; they are quickly dissatisfied and lash out at their partners. Subsequently, the partners will feel an emotional whiplash of dissatisfaction, anger and disappointment.

People with BPD often have a very shifting self-image. They might feel good at one point and then have the most negative image of themselves, constantly putting themselves to evil. They usually have no clear idea about who they are as their views keep changing. This is why Individuals with Borderline Personality Disorder (BPD) often change jobs, lovers, values, religion, goals, or even their sexual identity.

Most people with Borderline Personality Disorder (BPD) are often impulsive, reckless, and sensation-seeking. This is another severe BPD symptom. They sometimes do things they cannot take back and haunt them throughout their life. Individuals with BPD symptoms often indulge in self-harming behaviours such as reckless driving, binge drinking, drug use, binge eating, reckless spending, shoplifting, or even unsafe sex. They show such behaviour, especially when they are upset. These behaviours are pleasurable only in the moment and can lead to long-term issues with oneself and others.

People with BPD usually tend to have suicidal tendencies and self-harming history. This BPD symptom points to the final stage of the condition. People in this condition tend to experience other severe BPD symptoms as well. Suicidal tendencies can range from suicidal thoughts, gestures or threats to actual attempts. On the other hand, self-harm is not suicidal but is a form of hurting themselves, usually through cutting or burning. Their wavering sense of self and the emptiness that comes with it, combined with relationship issues and fears, can cause people with BPD to be suicidal.

Instability is the main feature of Borderline Personality Disorder (BPD). It is related to emotions as well. One moment they may feel explosive anger, then suddenly, they are stone cold and do not feel any emotion, but all of a sudden feel happy. These emotions only last for a few minutes to a few hours, unlike mood swings in depression or bipolar disorder.

People with BPD often feel insatiable loneliness. They feel empty as they wander around with conflicting and unstable emotions, thoughts, and self-concepts. They feel a deep void, and at an extreme, they feel like they are 'nothing' or a 'nobody'. Often, people with BPD try to fill this void with drugs, sex, food or alcohol, but in the end, they don't fill anything. Nothing satisfies the emptiness they feel. This BPD symptom is often considered the beginning of the condition. It is better to consult a professional if one has this BPD symptom. 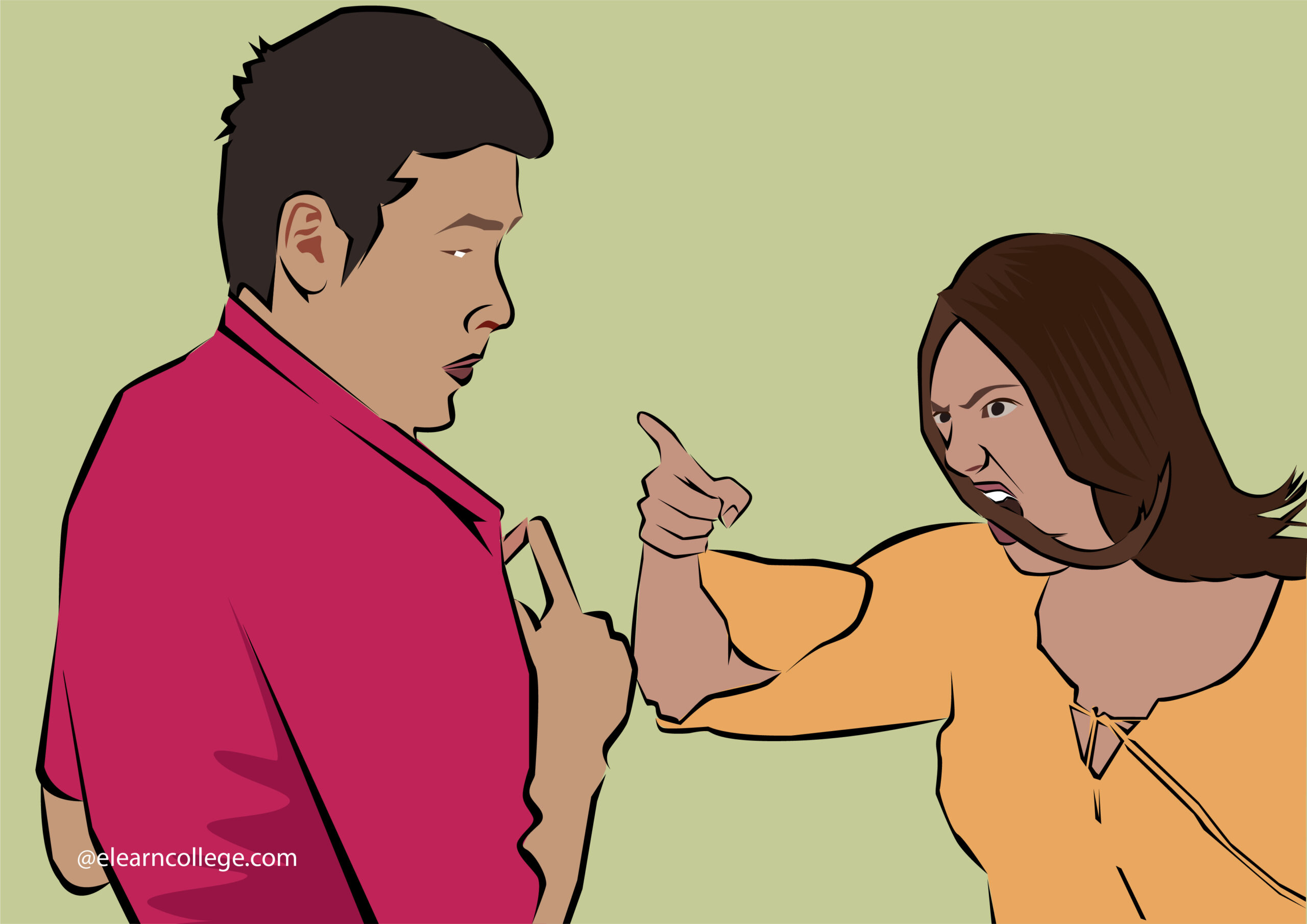 People with Borderline Personality Disorder (BPD) have extreme mood swings, and their anger is also profound. Even tiny matters will throw people with BPD into emotional turmoil. They act out this uneasiness through rage; yelling, throwing things around, or being consumed by rage can happen, and they usually have trouble calming down.

The feeling of suspicion or confusion about reality

Due to severe instability in their thought process and opinion about themselves and others, people with BPD suffer from constant paranoia and be suspicious of others' motives. Usually, people with BPD lose touch with reality and enter into a dissociative state when under stress. They may even feel spaced out, foggy or as though they are out of their own body.

Borderline Personality Disorder (BPD) is a personality disorder with multiple causes. It is usually a culmination of inherited, internal biological and external environmental factors. Usually, traumatic experiences that were part of the person's childhood play an important factor. In many patients, it is an aftermath of ignored lite BPD symptoms in childhood.

It is still not fully clear what causes Borderline Personality Disorder (BPD), but studies of brain scans of people with BPD show that their brain is on high alert. This makes people with BPD more susceptible to activating their fight-or-flight responses for even seemingly the smallest reasons.

Tip 1: Calm yourself and yourself

Normally, society has taught us to hide our emotions. It is even more difficult for people with unstable emotions to deal with emotions as they keep their feelings hidden. Therefore, these feelings stay unexpressed and not released. Their conflicting emotions have no output and thus stay trapped. They learn that they are never supposed to express themselves, and thus their emotions get bottled up. Identifying one's own emotions and accepting them is the first step to self-realization. Try to feel the emotion as it is and accept it.

Another way to self-soothe is to over-write all the conflicting thoughts and emotions by focusing on one sensory input. This is done forcibly by introducing a strong sense of touch, taste, smell, etc. All the new actions must not end up hurting yourself. Remember that different emotions are over-written by various stimuli. What works when you are angry does not work for depressing emotions.

Impulsivity is one of the key BPD symptoms. Learning to control this recklessness efficiently requires hard work as it is challenging to break toxic habits. But the first step to learning control is by maintaining a healthy diet. Eating proper meals at least three times daily can promote a healthy routine. They must also reduce the usage of mood-altering drugs. Remember that the temporary relief won't last for too long, and it will only cause harm in the long run. Especially for people with emotional instability, mood-altering drugs are dangerous.

As a person with a personality disorder, you would have had a lot of trouble maintaining healthy and stable relationships with friends, family, lovers or co-workers. This is because you are unable to see things from their perspective. So try to read the situation better and understand others as well. Take a step back, calm your emotions, and trust the person. This will prove to be beneficial for you.

The tips mentioned above are not solutions. Self-diagnosis and self-treatment are not the ultimate solutions. Always consult a professional before jumping to conclusions, as personality disorders are easily confused for one another. There is always better to seek help.