Home  >  blogs  >   What is body language in communication 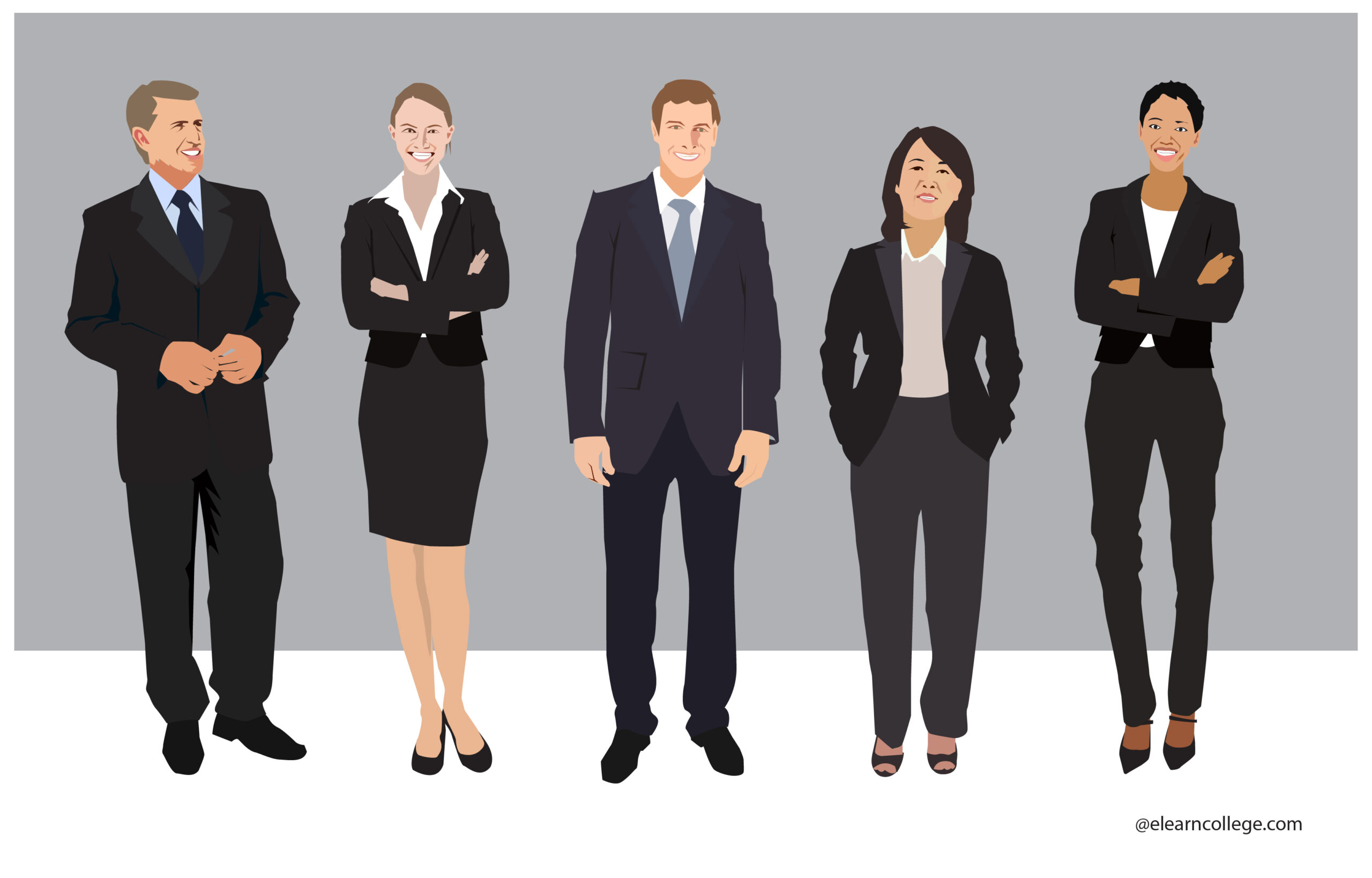 What is body language in communication

The word Communication does not just constitute structured sentences, words constructed, or syllables used. There are deeper connotations to the term, which implies the other factors that provide meaning in a particular context and substitute the role of a group of words or sentences.

These factors include the eye contact that a person keeps throughout the conversation, an improper or droopy posture that may hint at laziness, or just the gestures that come along with the articulation process. The non-verbal signals such as modulation, body movements, and posture play their roles in this. Our aim here is to define the human body's language as to analyze and learn from it to make the process of communication more efficient.

The vernacular of the human body

In general terms, the vernacular of the human body is the non-verbal part of the communication that contains the speaker's genuine emotions and intentions. The moderate facial look turns into a good smile with the mouth rising and the eyes creased.

A slight change in the angle of the head is indicative of a keen listener, a stern posture. Simultaneously, sitting or standing shows interest, thus utilising hand motions to attract attention.

Against this, a stance with arms crossed or continuous tapping of the feet are indicative of defensive and relentless attitudes, respectively.
As the recipient learns to comprehend the meaning of these signs, the process of communication becomes efficient.

This also enables the participants to get to know others' reactions to their speech and action. Mastering the vernacular of the human body enables us to reform ourselves in this aspect, thus projecting more positivity and thereby becoming more engaging and agreeable.

The Science Behind Body language

It also emphasizes the pivotal role that body language plays over modulation and diction when transferring our feelings and emotions.

But, as the author makes explicit in his work, his studies dealt only with interactions that had elements of human sentiments and attitudes. His work and observations are not relevant in all situations due to the same reason.
On the other hand, this finding does help in understanding the complexity while experiencing the sentiments and emotions transferred through communication when the participants do not meet in person.

As you get to know more about body language, you can comprehend more from conversations such as unvoiced issues and unexpressed sentiments. Some of the gestured signals which ought to be emphasized are discussed below.

Awkward conversations destroy the gist of the process of communication and make it more uncomfortable. Anxiety, pressure, or frustration may make dealing with rude people, responding negatively, or making plans difficult.  Even if we try to bury these feelings deep inside, they surface in between and get conveyed through our gestures. 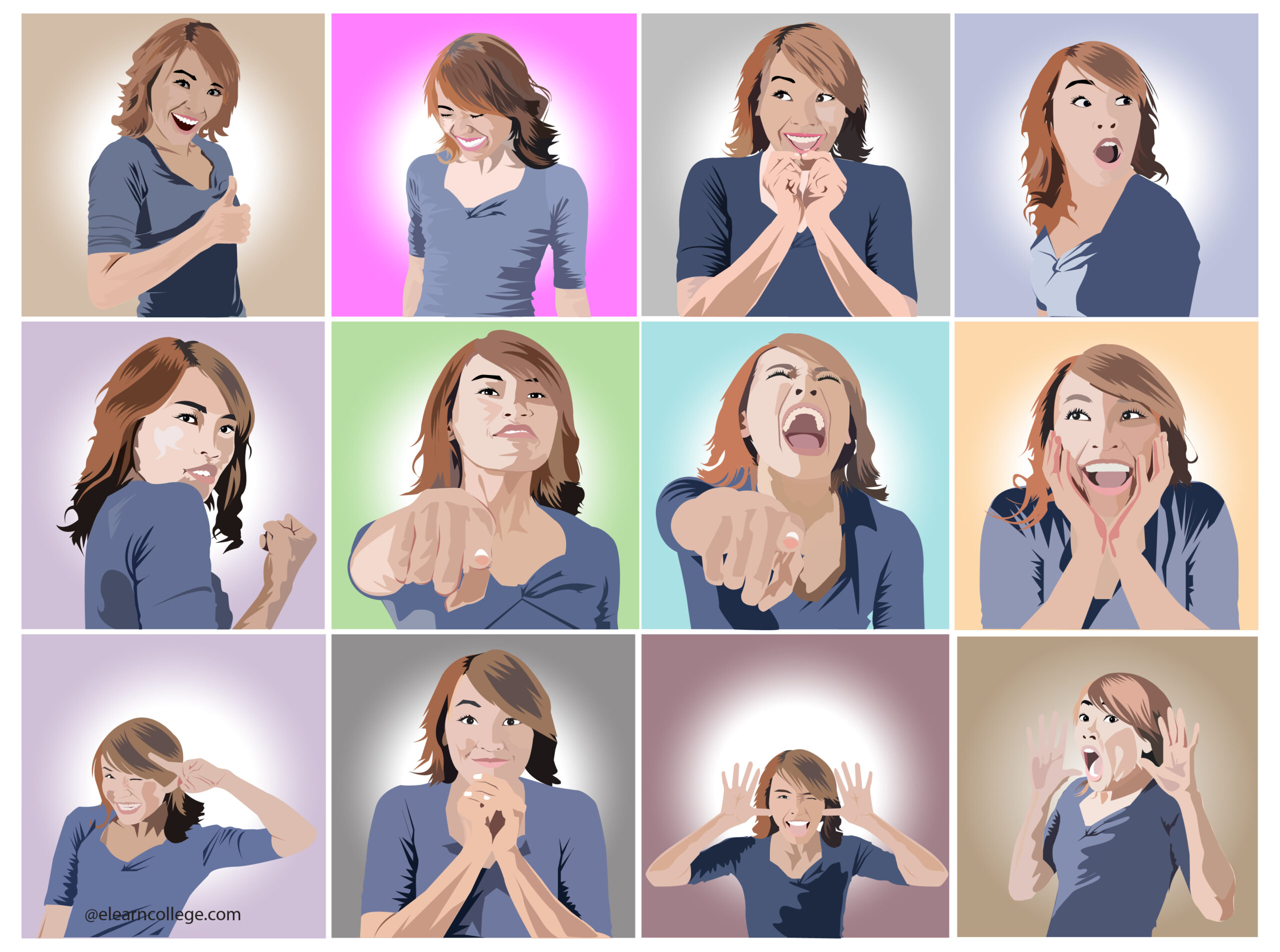 A person having any or all the following mannerisms are more likely to be detached, indifferent and miserable:

Arms crossed and folded.
Least or strained facial expressions
Repulsive body poses
Rejecting or avoiding eye contact.
As one gets aware of these hidden signs, we can work on communication- finding ways to make the process less stressful and more efficient. It helps us reduce our strain and does the same to the person at the other end, making them feel free and open to more interaction.

Your goal as a speaker is to maintain audience attention, engage them, and create an atmosphere conducive to successful communication.

You can easily understand that your listeners are losing interest in the topic discussed if you are to look out for the following gestures in them:
Being seated in an awkward posture, ideally, the head pointing downwards.

Lack of eye contact, gazing into space, typically distracted by thoughts. Scrawling and scribbling. Wriggling, tampering with whatever material they can find nearby such as hair, pen, paper, clothes, and phones.

The speaker usually adopts gestures of positivity to put forward an argument, transfer ideas with more clarity, and avoid confusion and ambiguity. Below are some of the most frequent positive gestures that both the speaker and the listener may employ to convey confidence and openness.

The following points play a decisive role in creating an excellent first impression:
Having a forthright stance- be relaxed but take care not to stoop. While seated and standing, keep your back straight and keep your hands close to your body, preferably by your sides. Any gesture with your hands-on-hips indicates a tendency to get hostile or to be in power. Shake hands firmly- watch out not to overcommit. Don't let a gesture of greeting create uneasiness and embarrassment to the other person.

Eye contact is a must. Intermittent eye contact reaffirms your sincerity and indicates you mean business. Do not stare into the eyes of the other person long enough so that it becomes uneasy and awkward.
Avoid patting and caressing your face- as it is indicative of hiding facts and being dishonest. Even though the depth and extent of the meaning conveyed may differ to great extents in different situations, it is always advisable to keep your hands away from your face to support your credibility.

Body language and The Art of Constructive Public Address

Positive gestures assist the speaker in keeping the audience engaged, overcome stage fright, and demonstrate public speaking proficiency. A few of the notable points that positively influence the art of public speaking are:
Have an optimistic stance- avoid clumsiness while you sit or stand. Shoulders back, arms straight and unfurled, ideally by sides or in front.
Heads up, the head should be straight and postured.

Try not to look dominant or hostile by leaning too far in either direction. Practice makes a man perfect practise your stances while alone, preferably in front of a mirror. Try maintaining a calm and composed stance by keeping your weight distributed equally.

One foot slightly behind the other gives a good body balance. Open hand signs radiate positivity- liberal postures such as spreading hands towards the audience indicate generousness shows a readiness to communicate and exchange thoughts. These signals may become over-expressive if not properly practised, and the audience may become more interested in your postures than your ideas.

Body language for Interviews and Mediation

The emotional over-ride or adrenaline surge that many people feel during difficult circumstances is natural. A calm and collected posture keeps the situation under control. During mediation, interviews, or productivity evaluation, anxiety and stress accumulate. The following methods are very effective in handling this: Mirroring- this implies imitating or copying the Kinetics of the other person involved in communication.

Copying every gesture will be awkward and create uneasiness rather than making them feel comfortable and building a rapport. Maintaining composure a calm and composed body reflect confidence and receptiveness. A slow breathing cycle and still body posture are necessary to achieve this. Look focused- when being questioned or challenged, feel your cheek or caress your chin to make them understand that you are pondering on the answer.

Virtual media platforms for interaction such as video calls too follow most of these principles of Kinetics. The significant difference that one may feel as a participant is that of space and body. This difference has the potential to lessen the efficiency of the process of communication.

To overcome this virtual barrier, one may take into consideration the following points to express the spirit and make others feel secure and acceptive: Positioning of the camera unit implies that your ideal positioning with the camera unit should suffice to show your aptitude but should not disturb the other person by owning their virtual space. Position the unit with ample room for sings and gestures. Workspace cleanliness and ambience- try to minimize the external factors that may distract you from the communication process, thus reducing the efficiency of the process.

A clean and peaceful workspace will help you concentrate more on the interaction process, thus re-affirming the person at the other end of your attentiveness. The tool of eye contact- try visualizing the camera lens as the other person's eyes.

Even though it may feel awkward to stare at a black dot, doing so will positively influence the other person. Prolonged staring, on the other hand, will be awkward and create disturbance for both the participants.

While addressing a larger group of audience virtually, try to shift your gaze to different participants so that none of them feels disturbed. Use of facial gestures- gestures of positivity, whether a grin that affirms pleasantness or raised eyebrows which indicate curiosity, help in creating an environment suitable for effective interaction. Since the face occupies most of the space on a virtual platform, facial gestures play an equally significant role.

How to Use Body Language In Communication

Though the ideas discussed above form a general awareness on analyzing body language, differences may arise from person to person. People having diverse cultural traits and geographical backgrounds may have different interpretations of the same gesture. Always avoid assumptions.

In cases of ambiguity, it is always better to talk and sort things out than to entirely rely on the theories of body language interpretation. Body language and its studies are never meant to over-ride or substitute verbal communication and its constituents; rather, its sole aim is to compliment the process itself, thus making it more efficient.